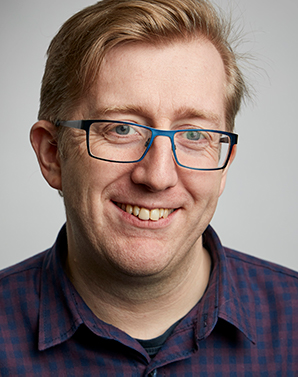 Dr Michael Rushton was appointed as a Senior Lecturer at Bangor in November 2017. Having previously been employed at Imperial College London in the Centre for Nuclear Engineering. His research interests are in applying atomic scale simulation methods to energy materials with a particular emphasis on nuclear materials such as fuel and wasteforms. Of particular relevance is his work to derive new potential models providing high fidelity atomic descriptions of actinide oxides over wide temperature ranges. In addition by using molecular dynamics and static lattice methods he is considering the interaction between small fission gas bubbles and the lattice of nuclear fuel to improve our understanding of fuel performance under normal and extreme conditions. His work considers both crystalline and amorphous materials and Michael uses a variety of methods (e.g. MD, MC, RMC) to characterise the interfaces between crystals and glasses. In addition to his work on nuclear materials, Michael has published extensively on battery and fuel cell materials and continues to look at using engineered-strains to improve their performance.

Most recently he has been involved in phase 2 of the EPSRC’s UK-Japan collaborative project where he made predictions of the radiolytic heating of high dose spent adsorbents used in the treatment of water at Fukushima-Daiichi.  Dr. Rushton has also been involved in the international NFIR fuels programme for EPRI.  Whilst at Imperial College he was instrumental in establishing Bangor’s  BWR Hub and Network and continues to sit on its steering group.  In teaching he was nominated for a student choice award, at Imperial, for his course on crystallography. Michael also sits on the Materials Chemistry Committee for the The Institute of Materials, Minerals and Mining which aims to promote the study of phase equilibria and phase diagram determination.