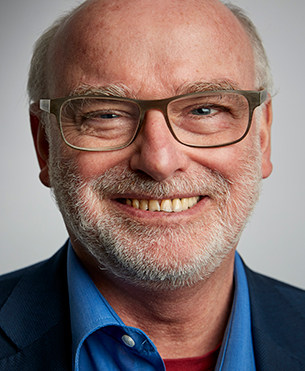 Bill is a Sêr Cymru professor of materials and extreme environments. Bill is also Co-Director of the Institute of Security Science and Technology (ISST) at Imperial College London, Chair in Ceramic Science and Engineering, and former President of the American Ceramic Society. He is a member of the Leverhulme Trust Panel of Advisors, the Royal Academy of Engineering International Activities Committee, and the Scientific and Environmental Advisory Board Tokamak Energy Ltd. He was Head of the Department of Materials at Imperial College from 2006 to 2010 and a member of the Government advisory committee the Nuclear Innovation and Research Advisory Board (NIRAB). Bill was Deputy Chair of the Government advisory Committee on Radioactive Waste Management (CoRWM) from 2007-2013, has acted as special advisor nuclear to the House of Lords Science and Technology Committee (2013) and is an IAEA Technical Expert. Previous positions at Imperial College London include Director of the Centre for Nuclear Engineering, Director of the Centre for Doctoral Training in Nuclear Energy (with Cambridge and The Open Universities), and Director of the Centre for Advanced Structural Ceramics. He is a fellow of the Royal Academy of Engineering, IOMMM, ACerS and the City and Guilds Institute and a Freeman of the Armourers and Brasiers livery company and the City of London.

After graduating in Physical Metallurgy from Aston University he gained a DPhil from Oxford University on radiation damage in sapphire, was a post-doc at Oxford and Case Western Reserve Universities, Assistant Professor at Ohio State University USA, before becoming lecturer in ceramics at the University of Sheffield in 1989. While at Sheffield he was Manager of the Sorby Centre for Electron Microscopy and Founding Director of the BNFL University Research Alliance the Immobilisation Science Laboratory. Bill studies the relation between processing, properties and microstructures in a broad range of ceramics and has supervised 67 students to completion of their PhDs.

Bill has published over 450 peer-reviewed papers and has also been awarded research grants totalling over £65M, including £5.5M from EPSRC to set up the Centre for Advanced Structural Ceramics (CASC) and over £2M as co-investigator on the programme grant Materials in Extreme Environments (XMat).

Prizes include the Rosenhain Medal (1999), Pfeil Award (2000) of the IOMMM, the Wakabayashi Prize (2004) of the Refractories Society of Japan, the Kingery Award of the American Ceramic Society (2012) and the Lee Hsun Award of the Chinese Academy of Sciences (2014).  In 2012 Bill was elected Fellow of the Royal Academy of Engineering.