The time was 9.30am: the clouds broke above Llanberis in North Wales as Bangor’s finest nuclear engineers and scientists, young and old, congregated at the foot of Snowdon. It had been some time since many had needed to communicate face-to-face with other humans and this was clear – but there was excitement in the air.

The new starters to the group: Phylis, Chris and Alex were greeted and before they could be quizzed, the group set off up the mountain led by seasoned Snowdon climber and historian, Jack and the stylish Iuliia. The initial climb was worryingly steep, but as we turned onto the Llanberis track, the terrain levelled and a steady climb began. Following the train line we were initially buoyed by the distraction but in time the lazy train became a focus of misery and despair. How dare they.

A crossing under the train track approached. Some ran to the train to take photos but the more focused individuals pushed on through what appeared to be a window into another universe. The view on the other side was amazing – so much so the growing cold did not register. A steep climb followed.

Thirty minutes from the summit, disaster struck mid-lunch as nerves and confidence started to fall… could we do it? Quickly, a coat was exchanged and we set back off up the mountain. No turning back now!

The clouds set in. The vista turned to that of a Banya – we knew we would not have a view at the top…. But we strode on! Just as Gareth and Simon were faltering, Fabio, Chris and Alex shouted that we’d made it. At the top of Wales we stood together.

A quick drink of tea, monster munch and a photo or two and back down we went. It was great to meet the group’s new-comers and catch up with most of the others. Our nuclear group has now conquered Snowdon, what next? 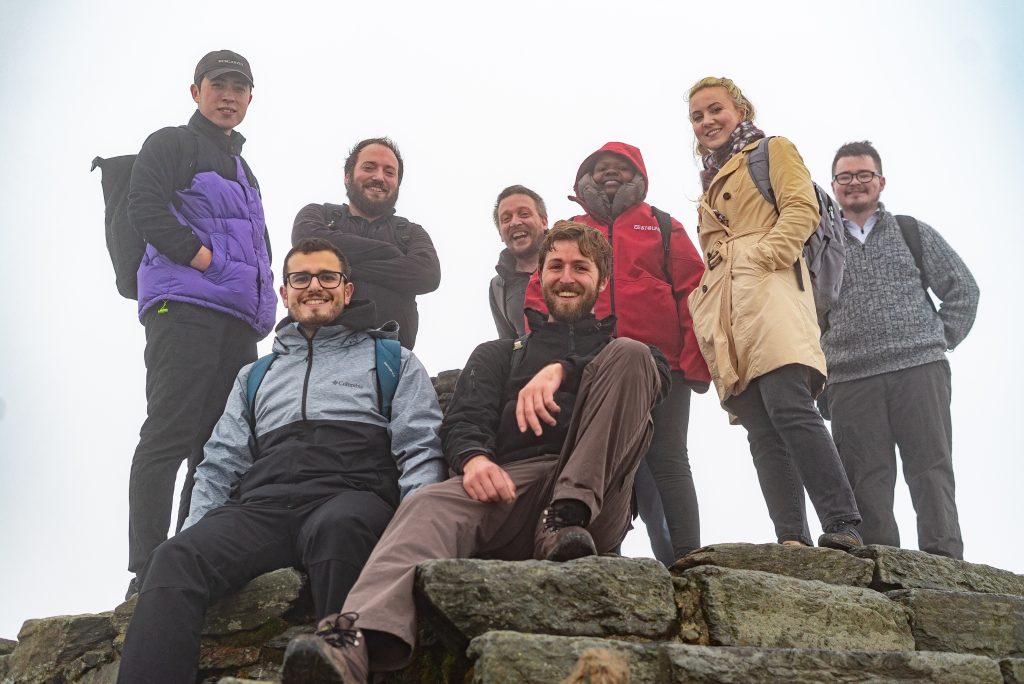 Thank you Alexander Lin-Vines for documenting this most momentous occasion.

Tags: event, Outreach, team-building, Trips
We use cookies on our website to give you the most relevant experience by remembering your preferences and repeat visits. By clicking “Accept All”, you consent to the use of ALL the cookies. However, you may visit "Cookie Settings" to provide a controlled consent.
Cookie SettingsAccept All
Manage consent