Submit your abstract to the NuFuel 2021 conference before the deadline of Friday 18th June.

NuFuel 2021 will cover the following topics:

The NuFuel workshop was initiated by CEA-DEN and JRC Karlsruhe under the auspices of the European Energy Research Alliance’s Joint Program on Nuclear Materials (JPNM) in order to establish stronger and more-lasting collaborative links between European institutes, to provide a forum where dialogue between experts is fostered, and to give students and young scientists the possibility to present their work and discuss with experts in the field.

We intend on the NuFuel 2021 workshop to operate as a hybrid conference. If COVID-19 restrictions prevent the event to take place in person, we will instead hold the conference online. If attendance in person is not possible, registration fees will be refunded.

The amenities of the workshop will include daily lunches and coffee breaks.
We will be hosting a grand dinner on Wednesday the 15th that will be held at the historic Pritchard Jones (PJ) Hall. Wines will be provided with the dinner and drinks will be available on site at the bar. Attendees can also look forward to optional lab tours, various trips to the Snowdonia area including the Aber Falls Distillery and Bounce Below. If an activity requires travel, there will be transportation provided by the conference organisers.

The workshop will serve as a brilliant opportunity for networking within the nuclear research industry.

We have a range of accommodation available upon contact, however, attendees are also free to find their own.

Travelling to Bangor - Welcome to Wales! 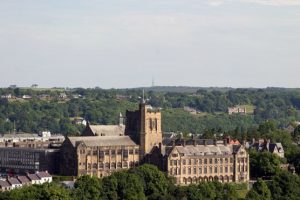 Bangor is situated in North Wales between the sea and Snowdonia National Park.

There are several exciting nuclear new build projects in the region and the Nuclear Futures Institute has been formed to support them.

There are good transport links to Manchester, Birmingham and London via direct train.

Manchester International Airport is the most convenient UK entry point for Bangor.

At the airport train station, take a train for Crewe, this journey will take approximately 20-30 minutes. At Crewe, change trains and take the train for Holyhead, North Wales.  Bangor is en-route and the journey time is approximately 1.5 hours.

Driving to North Wales from Manchester Airport is the fastest and most scenic way to experience the area. By following the breath-taking A55, you’ll be able to reach many towns and landmarks while enjoying the incredible landscape. You can hire a car from the airport if you don’t have your own. And, if you’re coming from North Wales to Manchester Airport you can book a hotel room the night before your flight to make sure you don’t get caught in morning traffic.

Travelling to Bangor from Liverpool Airport

Gateway for the North West and North Wales

LJLA is the perfect gateway for the North West and North Wales not only offering rail access for passengers from across the region.

Getting to and from Liverpool John Lennon Airport by Public Transport

If you’re travelling to or from Liverpool John Lennon Airport by rail, you’ll be able to find an abundance of information on Merseytravel’s website

Using the Merseytravel Journey Planner you can quickly establish how best to get to and from Liverpool John Lennon Airport by bus, train or ferry. You can also download this from the Apple App Store or Google Play to enable you to stay informed whilst on the move.

Alternatively, you can call Merseytravel Customer Service on 0151 330 1000 for travel advice between the hours of 7am-6pm Monday to Friday and 8am-5:30pm on Saturday, Sunday and Bank Holidays. For more options on how to get in touch with Merseytravel, please click here.

Take the shuttle bus from the airport to Liverpool city centre.  It runs every 15 minutes.  Go to Liverpool James Street train station.  Here catch a train for Chester, change at Chester and take the train for Bangor or Holyhead, North Wales.

Travelling to Bangor from Birmingham Airport

It is possible to travel from Birmingham International to Bangor (Gwynedd) without having to change trains, however some train services may require you to change at Crewe or Shrewsbury.

Direct trains to Bangor will terminate at Holyhead.

The first train from Birmingham International to Bangor (Gwynedd) departs at 07:09.

The last train from Birmingham International to Bangor (Gwynedd) departs at 17:10.

Take the 3rd exit onto the A45 slip road to Coventry, then merge onto Coventry Road / the A45.

Make your way onto the M42, at junction 7, take the M6 northbound exit and keep left.

Merge onto the M6 and then keep left at the fork in order to continue to the M54.

Continue on the M54 until you have reached the A5 and remain on it until the signage prompts you that you can merge onto the North Wales Expressway – the A55.

At junction 11, take the A5 exit to Bangor / Betws-y-coed, then at Llys y Gwynt Interchange, take the 3rd exit onto A5.

Travelling to Bangor from London and the Eurostar

The London railway terminal for trains to Bangor is Euston Station. Catch a train for Holyhead – North Wales or to Crewe (or another destination further than Crewe).

The train to Holyhead is direct and you will not need to change trains at all during this journey.  Bangor is en-route, 3.5 – 4 hours journey time from London Euston.

If you catch the train to Crewe, you will need to change trains at Crewe and take an onward train to Holyhead-North Wales.  Bangor is en-route, approximately 1.5 hours journey time from Crewe.

You can also take the underground train network / tube (as it’s usually called) or take a coach.

On the tube, take the Piccadilly line from Heathrow tube station. Change at Leicester Square tube station and take the Northern Line to Euston Station.

Euston is easily accessible via St Pancreas by foot, come out of the exit next to the Thameslink ticket barriers, turn right, turn left and follow Brill Place/Phoenix Road to the end, turn left again, walk a few hundred yards and the entrance to Euston station is on your right.

Taking a taxi from St Pancreas is also a good option and should take under five minutes.

There is also the option of taking the number 73 bus which should take under ten minutes on average.

The Coach terminal for buses to Bangor is London Victoria.  Take the National Express coach number 545 to Bangor. Please note this service is currently running at a reduced service at the moment so please check the website for further information: http://www.nationalexpress.com/neh.cfm

At Luton Airport, catch a bus to Milton Keynes Central train station.  This station is on the London to Crewe train line. Here, catch a train for Crewe.  At Crewe, you will need to change trains and take an onward train to Holyhead-North Wales.  Bangor is en-route, approximately 1.5 hours journey time from Crewe .

At Milton Keynes Central, you may be fortunate in catching one of the two daily direct trains from London to Holyhead-North Wales, in which case you will not need to change trains at Crewe .

You can search for train timetables from National Rail

We have listed the main ferry routes below.  We suggest that you also do an internet search for ‘ferry comparison’ to research your options using the various price comparison websites.

DFDS have a channel crossing: https://www.dfdsseaways.co.uk/ferry-routes/ferry-to-france

The InterRail – Travel Europe with one ticket. One country from £32, Multi-country from £144 (prices correct November 2015).

The EuroLines coach service travel to destinations across Europe including Ireland (and various European airports).

The nearest airports to fly to European desinations are Liverpool John Lennon and Manchester International Airports.

There are many flight comparison websites available, including Sky Scanner – you can enter the country name and it lists all the airports and airlines that fly to each airport.

Where to Find Us 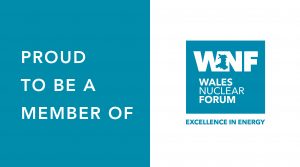